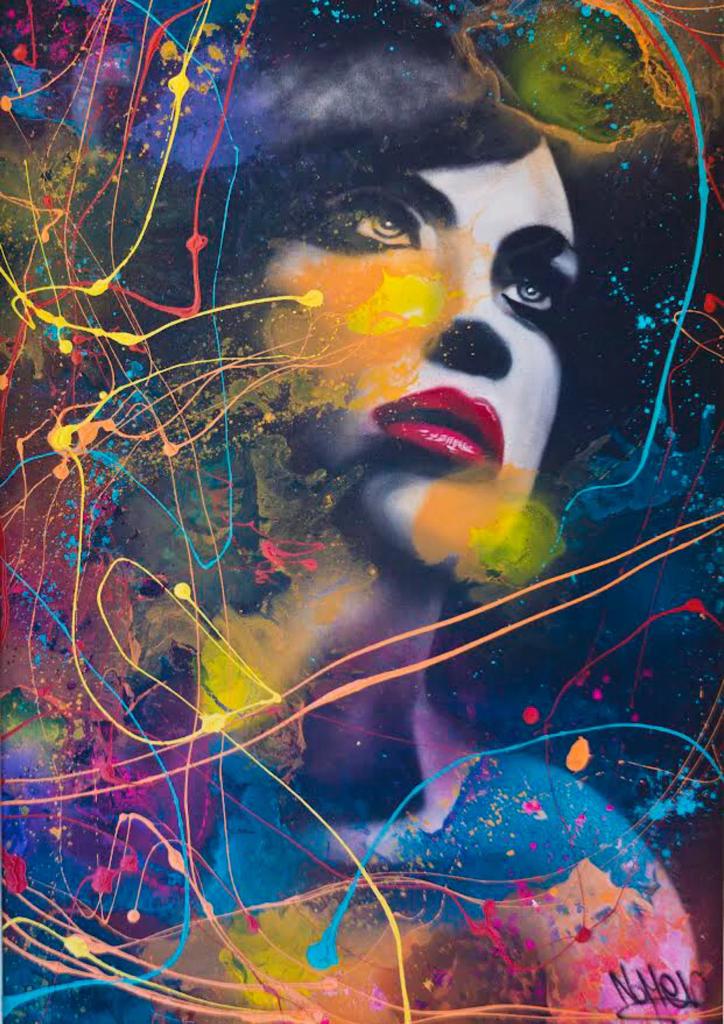 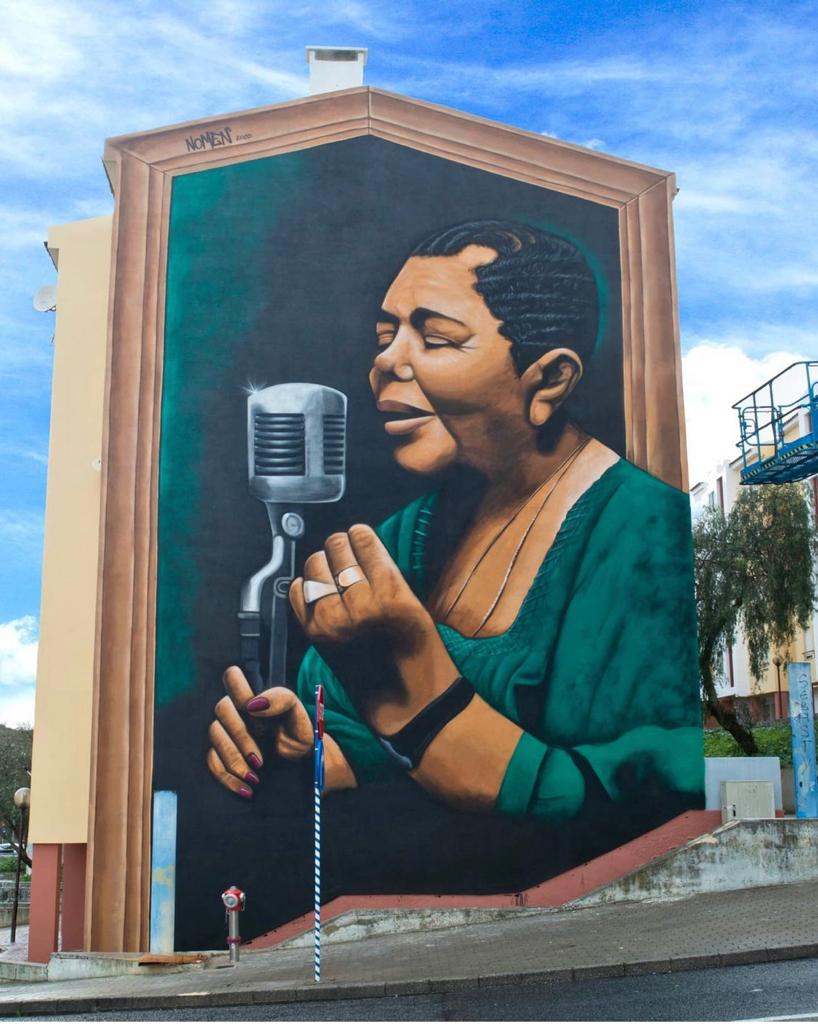 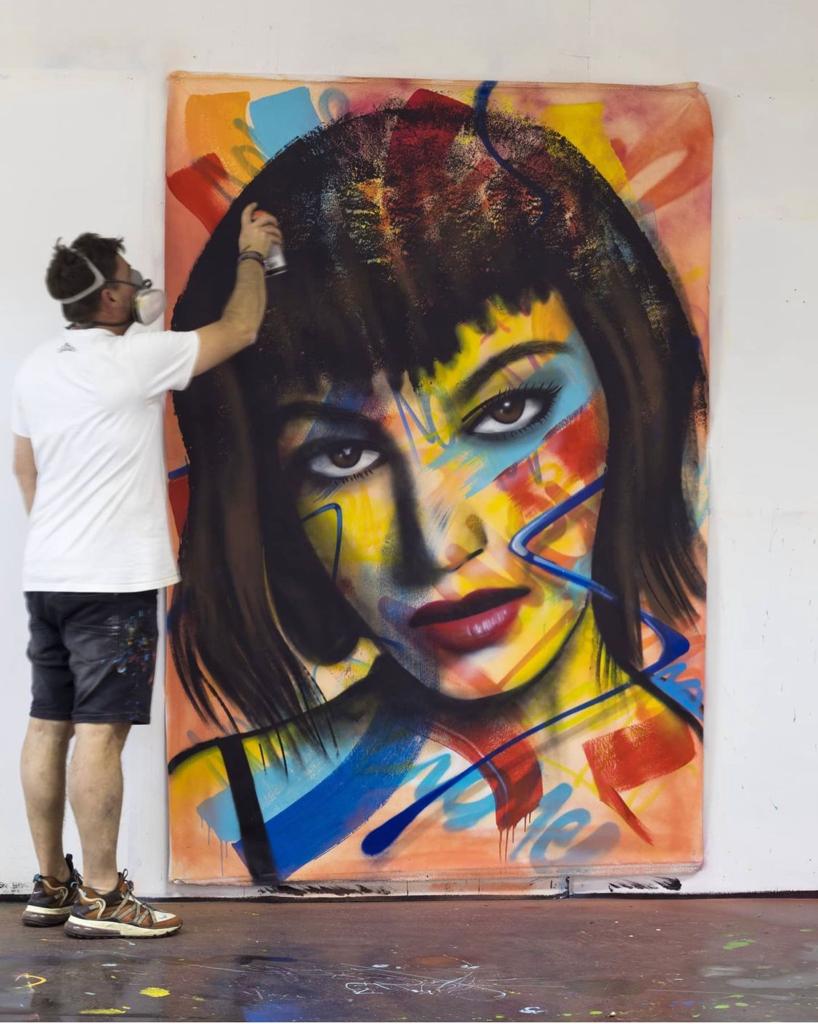 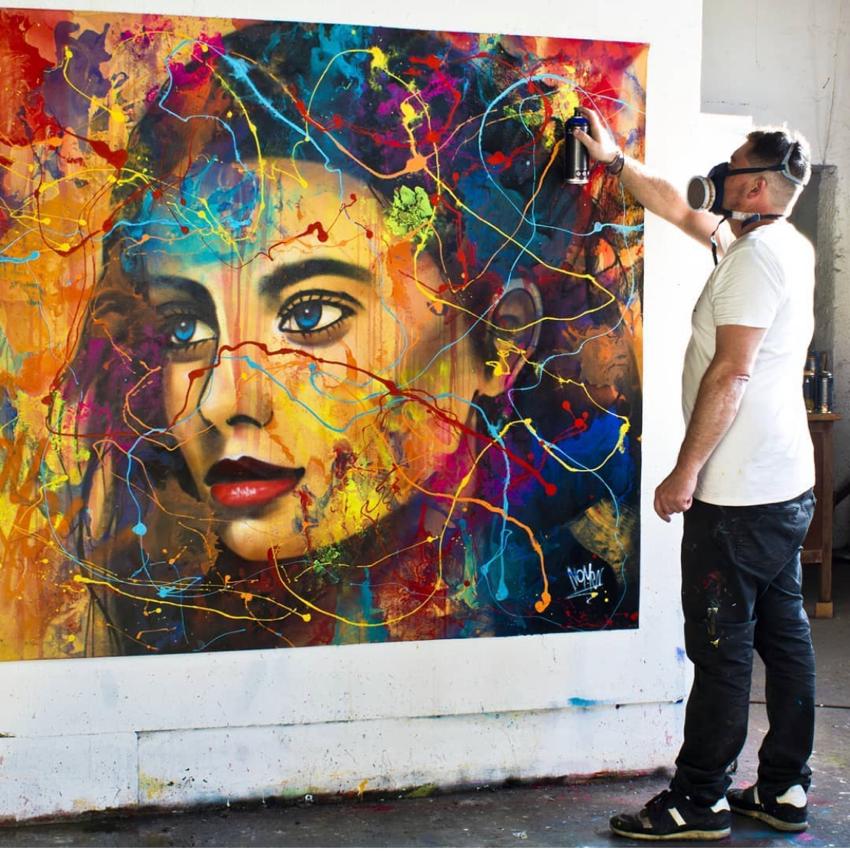 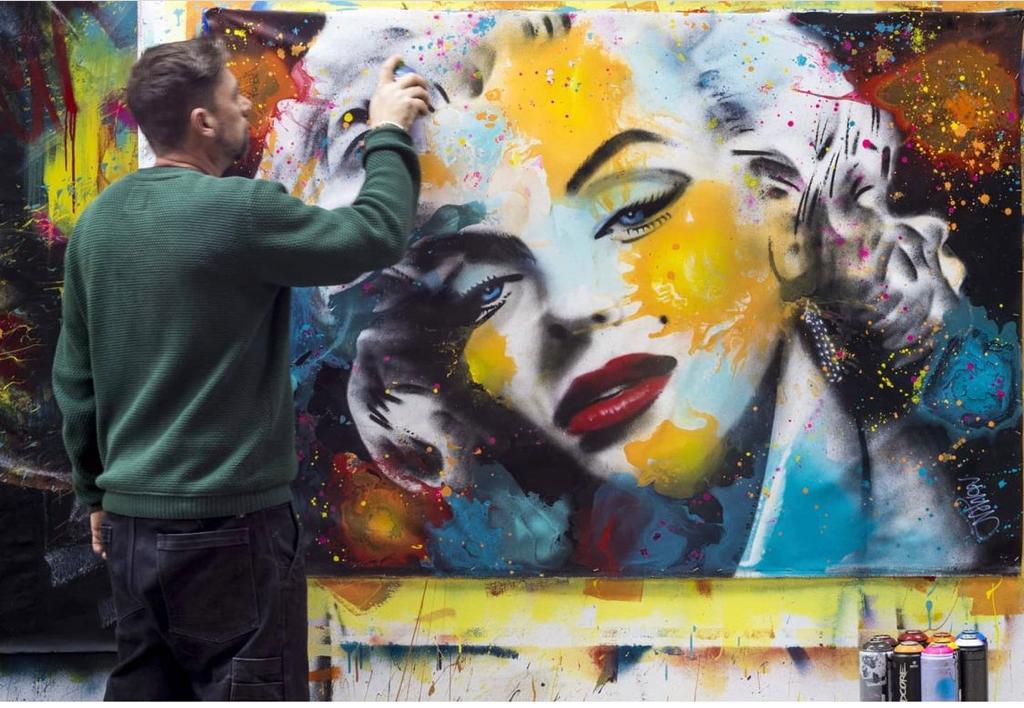 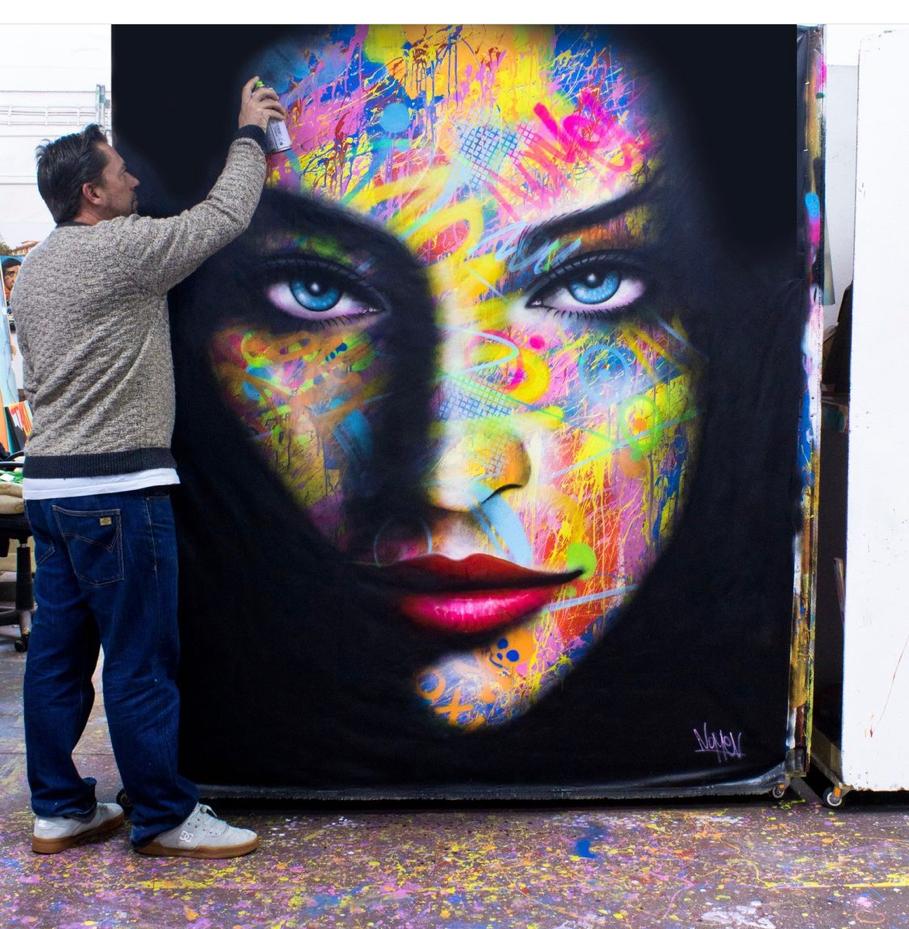 This is a Pioneer of Graffiti Art in Portugal, since 1989

His Art was born on the streets. He is a pioneer of graffiti in Portugal, and a self-taught visual artist whose universe has been consolidating in a multiplicity and registers since he began to interact with the urban space back in 1989, from the first illegal incursions on trains and walls, to the developed work on a large scale both in expository and institutional environment.

Furthermore, he´s versatile and prolific, the self-named “style swinger” is renowned by mastering the balance between shapes and colors, may it be on elaborated typographic constructions with a unique dynamic, as well on compositions and photo-realistic portraits where he explores the depuration of elements. Moreover, his work has been presented on innumerous exhibitions, events, and artistic productions both in Portugal and abroad.

Currently his work has been looked for by companies, institutions and private costumers, that search in him an asset, and artistic competence able to solve mural art tasks in their spaces or events.

Companies for whom he has worked for so far:

Councils for whom he has made works for so far:

Countries where he has painted: